Learning about Civil Rights Leaders is a natural pairing with Black History songs for elementary students in your music classroom.

Do you need Black History songs to teach the history of prominent Civil Rights Leaders and also teach music skills? Music has played a central role in the Civil Rights Movement and the history of our country. These authentic songs have a place in every elementary music classroom.

As music teachers, our primary tasks are to teach music reading, performance skills, and quality repertoire. But music also provides the perfect medium to teach the history of our country and foster inclusivity. African American spirituals are a part of our country’s history. And many of these traditional spirituals became a fundamental part of the Civil Rights Movement.

I have come across some nice composed pieces for Black History Month. However, these traditional songs have stood the test of time. They’re singable for young students AND, most importantly, they’re a part of our country’s history.

On August 28, 1963, before Rev. Martin Luther King Jr. delivered his I Have a Dream speech in Washington, D.C., Joan Baez sang “Oh, Freedom” to the waiting crowd. From then on, this song became one of the main anthems of the Civil Rights Movement.

Dr. King grew up singing in the choir at his church. He knew the power of music to motivate and inspire others. The song Oh, Freedom provides a perfect opportunity to make connections and learn about Dr. Martin Luther King, Jr. in the elementary music classroom.

I Shall Not Be Moved

The song I Shall Not be Moved dates back to the early 1800s. It’s thought to have originated in the southern regions of the United States. Historians believe it was a popular song at camp meetings and revivals.

The song is also titled We Shall Not be Moved. It became a protest song in the 1950s and a rallying cry of the Montgomery bus boycotts when Rosa Parks refused to give up her seat. Her quiet protest fueled a movement that made a profound change to her city and ultimately our nation.

This Little Light of Mine

The exact origin of This Little Light of Mine is unclear. Some reports claim it was originally written as a song for children but this theory seems to have been debunked. During the Civil Rights Movement, the song became a protest song sung at many marches and rallies.

This Little Light of Mine provides an opportunity to learn about Ruby Bridges and her role in the integration of our schools. Every morning little six-year-old Ruby faced angry mobs as she walked into William Frantz Elementary School but she was not bitter. Instead, she prayed for the people who protested her attendance at the previously all-white school.

Each complete resource below includes the following differentiated activities for grades K-5.

Click the short videos below to listen to the Orff accompaniments for each song. 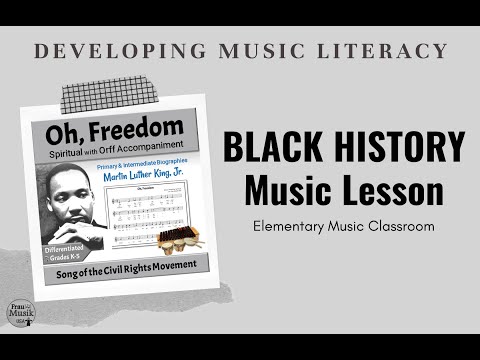 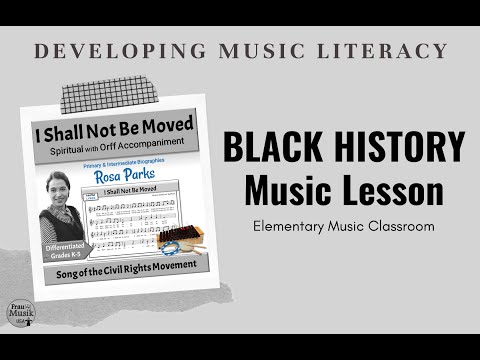 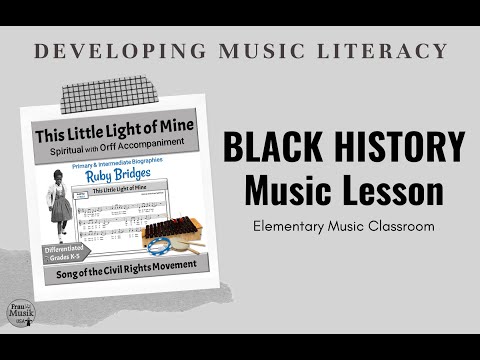 Spirituals, songs of the civil rights movement, and other Black History songs truly know no season. These songs can and should be taught in the elementary music classroom all year long. They’re part of the diverse fabric from which our nation has been created. Black history music lessons are always in season.

Share this article to help other elementary music teachers find it or pin it for future reference.

Hi! I’m Terri Lloyd. I am a veteran music teacher with over 25 years in the elementary music classroom. We are here to help make learning to read music fun and intuitive for students and easier for teachers. Learn More >>